A Life of Ease Considered in the Light of Eternity

Gracious heavenly Father, as we come to You in prayer, let Your steadfast love comfort us and Your mercy rest upon us that we may live:
You have abundantly blessed us and yet we have misused those blessings to fashion for ourselves a life of ease while those around us suffer.  Forgive us for our lack of compassion and empathy that blinds us to the needs of others and renew in our hearts a concern for all.
We confess that you are our Father and our Creator.  Give us understanding so that we may learn Your commandments and do Your will—not because we fear Your punishment but because we love You and desire to please You with our lives.
Help us to remember that we brought nothing into this world and can take nothing out of it so that we may value what is truly lasting and important.  Grant us contentment with the earthly blessings You have bestowed upon us so that greed would not plunge us into ruin and destruction.
Fill us with Your Holy Spirit so that we can fight the good fight of faith, take hold of eternal life and pursue righteousness, godliness, faith, live, steadfastness, and gentleness.  Help us to be rich in good works and ready to share with others the good things You have given to us.
Enable us to make the good confession of faith, declaring to the world that there is salvation in Your Son Jesus Christ.  Bless the preaching and teaching of Your Word so that the voice of Moses and the Prophets and the risen Savior would always be heard in this place.
We know that when we pass from this life there is another life to come—either in heaven with You or in the fiery torment of hell.  Give us a firm faith like that of Lazarus so that we may believe that You are our help and that trusting in You we would enter into eternal life.
We believe and confess that Your hands have fashioned us.  We thank You for the gift of life that You have granted to Emma and pray that You would bless her in body and soul all her days.
We ask all of things in the name of Jesus Christ, the blessed and only Sovereign, the King of kings and Lord of lords, who alone has immortality, who dwells in unapproachable light, to him e honor and eternal dominion.  Amen.
Posted by Allan Eckert at 5:10 AM No comments:

You Cannot Serve God and Money! 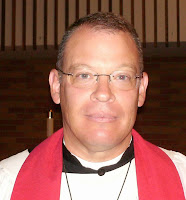 Christ Jesus Came Into The World To Save Sinners 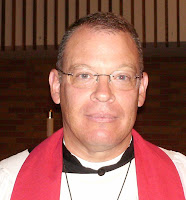