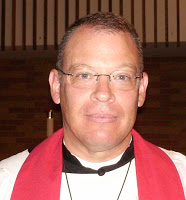 
Everything that was lost in the Garden of Eden has been regained here in the Garden of the resurrection by the one who conquered death and the grave this Easter Day.  Amen.
Posted by Allan Eckert at 4:17 PM